The word “network” hasn’t always existed in English and doesn’t appear in any translation of the Bible.  According to the Online Etymological Dictionary, the word first began to appear in 1557 to refer to “net-like arrangement of threads, wires, etc.”  By 1839 the use  extended to “any complex, interlocking system”  referring to “transport by rivers, canals, and railways.”  The concept began to apply to “a broadcasting system of multiple transmitters” in 1914 and to an “interconnected grojp of people” in 1947.  The use of “network” as a verb relating to computers dates from 1972, and it  first occurred in the context of networking among people in the 1980s.[1]

Even though the words “network” and “networking” are relatively new, the concept goes back as far a society itself.  Every unit of society from the family to the multinational corporation requires people to network in order to build social systems.  Every government on earth has always organized itself in people networks, even if most languages have no specialized word to describe it.

The Kingdom of God does not differ. The Rule of God becomes visible among us by the creation of people webs.  Certainly, it begins in the heart of individual people who discover God’s Kingly Will for their lives, but as they act it out, networks get engaged and the Kingdom spreads on those networks.

I recently enjoyed the intersection of two senses of the word network when my people network tied into a radio network.  I recently spoke about The Kingdom Net at a pastors luncheon to prepare for MissionFest Seattle in October.[2]  At that meeting, I got to know Stan Lander from Salem Communications, which operates a network of about 100 radio stations.  Stan connected with my assistant Anne Kuchera and booked me for two radio interviews.  The Kingdom Net works!

In the first interview, I discussed my book Your Deepest Dream, Discovering God’s True Vision for Your Life with Doug Bursch.  Here’s a link to that interview, which begins at minute 13:00.  Enjoy!

Dr. Joseph Castleberry is President of Northwest University in Kirkland Washington.  He is the author of Your Deepest Dream:  Discovering God’s Vision for Your Life and The Kingdom Net:  Learning to Network Like Jesus.  Follow him on Twitter at @DrCastleberry and at http://www.facebook.com/Joseph.Castleberry. 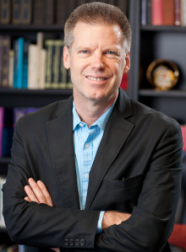 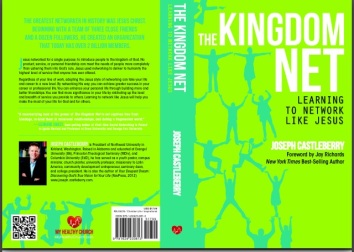